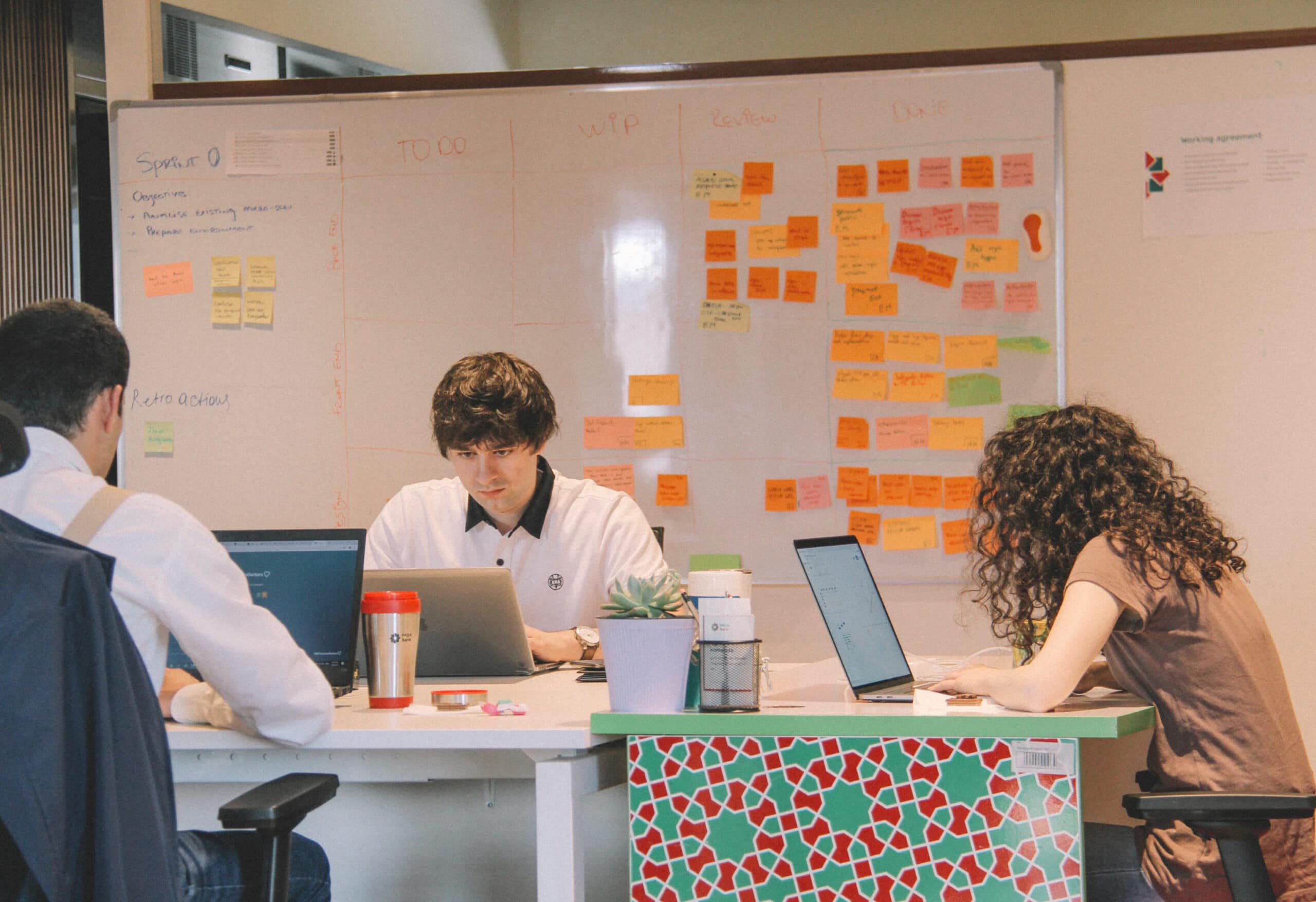 The top-class programmers prefer flexible schedules and creatively attractive jobs, even though the cost of such specialists’ services is relatively high even at the entry-level. If your team needs a jack of all trades, you will be looking for a skilled professional. How much is the full stack developer salary? Yes, they aren’t magicians but high-class experts who are skilled in most programming languages and modern technologies that allow implementing them in practice. But then, how high should a full-stack engineer salary be? It depends on several factors.

What Is a Full-Stack Developer? Skillset

Before answering the question of how much does a full stack developer make, let’s learn the full stack developer meaning. A full-stack developer is a specialist with a wide range of knowledge and skills. His qualification is high enough to fit a number of posts, such as team lead, software architect, etc. What does a full-stack developer do? As a rule, these professionals can participate in the development process at any stage – engineering, designing, coding both the user side of the product (frontends) and the server-based routines (backends). In turn, a typical coder studies one programming language or several and also technologies/frameworks related to tasks he solves most often.

Have you met a programmer whose skill set includes expertise in MEAN, LAMP, and MERN? Do you know a web developer that tells his team members about tiny specifics of CSS, HTML, JavaScript, as well as Python, Ruby, and Java? Both of them can be fairly called full-stack developers. Such professionals may perform the following tasks:

A full-stack developer needs to have extensive knowledge and an active interest in software development. Developers usually enjoy learning new methodologies and techniques and keep pace with the rapidly growing technological progress. Such an expert is always valued higher than coders whose skills are limited by a specific language, framework, or area (Vue.JS, Kotlin, or frontends, for instance). Therefore, even the entry-level full stack developer salary would be sizable.

Along with the hard skills, the full stack developer also should have soft skills, such as:

What Is the Demand for Full Stack Developers?

According to LinkedIn’s 2020 Emerging Jobs Report, Full Stack Engineer takes the fourth place among the most promising vacancies. Since 2015, the number of requests for full-service engineers has grown, at least, by 35% annually, and “in spite, it isn’t a new job, the rapid pace of changing in technologies allowed full stack developers to become a valuable asset for any company.” Among the leading industries that attract such talent are software development, IT support, internet maintenance organization, digital finance services, and higher education. Many IT companies are increasingly looking for people who know the web development cycle from A to Z. Instead of hiring a team of narrow-profile specialists, they prefer to hire one expert with both front-end and back-end development experience.

Does a full-stack developer get paid well?

According to the Dice Salary Report data, the average annual salary for technologists is $94,000. And, yes, full-stack developers are usually paid quite well (especially if you take the crowdsourced data mentioned above at face value). Replying to the question of how much do full-stack developers make, you should understand that it all depends on various factors.

An important point to remember is that backend development is more complex than frontend development. The crucial reason for it is that there is a need to learn a number of frameworks and languages. A lot of these languages can be incredibly hard to understand.

A full-stack developer won’t be able to ignore a great number of these tight web development points.

After analyzing all the statistics data it was revealed that the average salary for backend developers is $95k/year and the full-stack web developer salary is about $97k/year.

It is known that frontend developers notoriously get the short end of the stick money-wise. The reason is that CSS and HTML are easier to study. Thus a great number of fresh faces in the job market are always appearing.

And what is the salary of a front-end developer in comparison to a full-stack software engineer salary?

Being a full-stack developer provides a great number of career prospects today. Such a position offers excellent growth opportunities and a decent salary. But how much does this specialist earn, and what does his salary depend on? Skillset and work experience are probably the most crucial factors that influence the salary of full stack developer. The aspects that also influence payment include the country of residence and local employment standards. This is why there is often a vast difference between salaries offered for the same position. Let us review two crucial economic factors that affect the level of full-stack developers’ salaries.

Due to the different expenses and standards of living, the country of residence is one of the most important factors that influence pay. When comparing earnings in the United States, there is a significant difference in wages. However, according to Stack Overflow, these professionals aren’t paid the most in the US.

Nevertheless, the level of salary in different states and even individual cities varies significantly. On the basis of Indeed data, Cupertino, CA has the highest average paycheck ($108,000). This is $12 thousand more than the national average. In the United States, the average salary of full-stack developers is over $90 thousand, the minimum is about $80 thousand, and the maximum is about $107 thousand per year. In turn, Eastern Europe offers an optimal ratio of price and service quality.  For example, in Ukraine, the average salary of an experienced full-stack developer is around $30,000 annually, which is much less than the entry rate level in the United States.

It’s clear that a senior full stack engineer salary is much higher than the salary of a junior specialist. But the senior full-stack developer salary is not much higher than the salary of other senior developer positions. It takes at least four years of work in the IT-sphere to become an experienced professional. According to Stack Overflow, the average work experience to qualify for a senior position in this industry is about 8-9 years. In some companies, it may take longer. For example, at Deventor, a minimum is ten years of work experience. Before looking at salary levels, it is worth reminding a full-time software developer’s typical responsibilities. They are often hired because they can keep the system running smoothly, counsel other team members due to their vast knowledge and experience, and also play different roles based on needs. According to ZipRecruiter, full-cycle developers’ hourly rates in the US range from $24 to $79 (average – $51). But Eastern European specialists are more willing to offer discounts, especially when it comes to junior full stack developer salary.

We also recommend reading: Software Developer Levels: How to Obtain the Right Talent?

Below we list the annual average full stack developer salary in different countries:

Is full-stack development a dying career?

Well, without any doubt, as long as there is a need for website building and maintenance, skilled full-stack developers will also be in demand especially those who have vast experience in the technologies underlying both the back end and front end.

The full-stack developers have many useful skills, so they are more likely to get a high entry salary that will grow while gaining experience. A great way to save money and find a specialist with a good background is to contact an established IT staff augmentation company in a country with lower salary rates. For example, in Ukraine. Feel free to contact us for hiring a top full-stack software developer at a reasonable price! 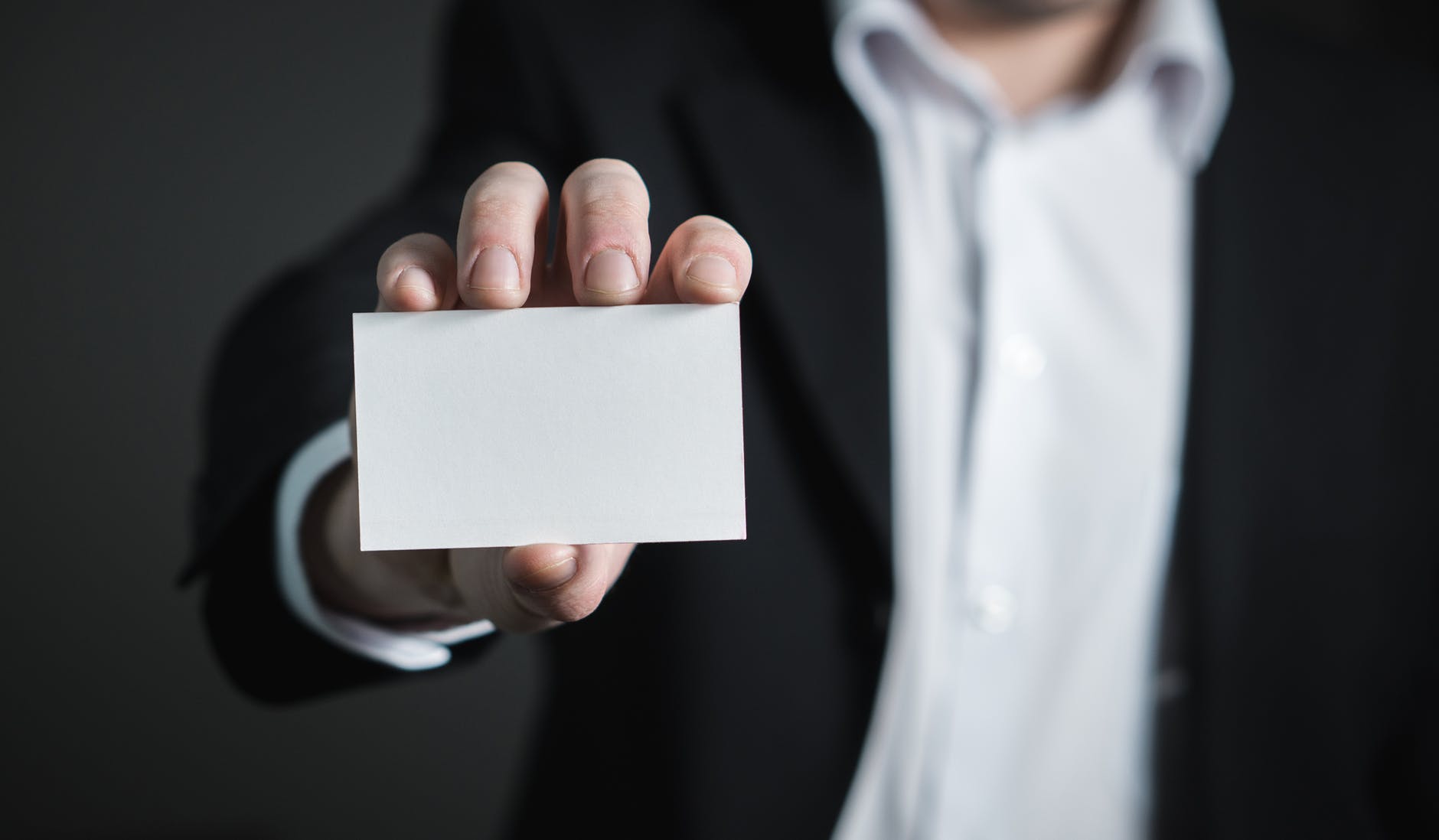 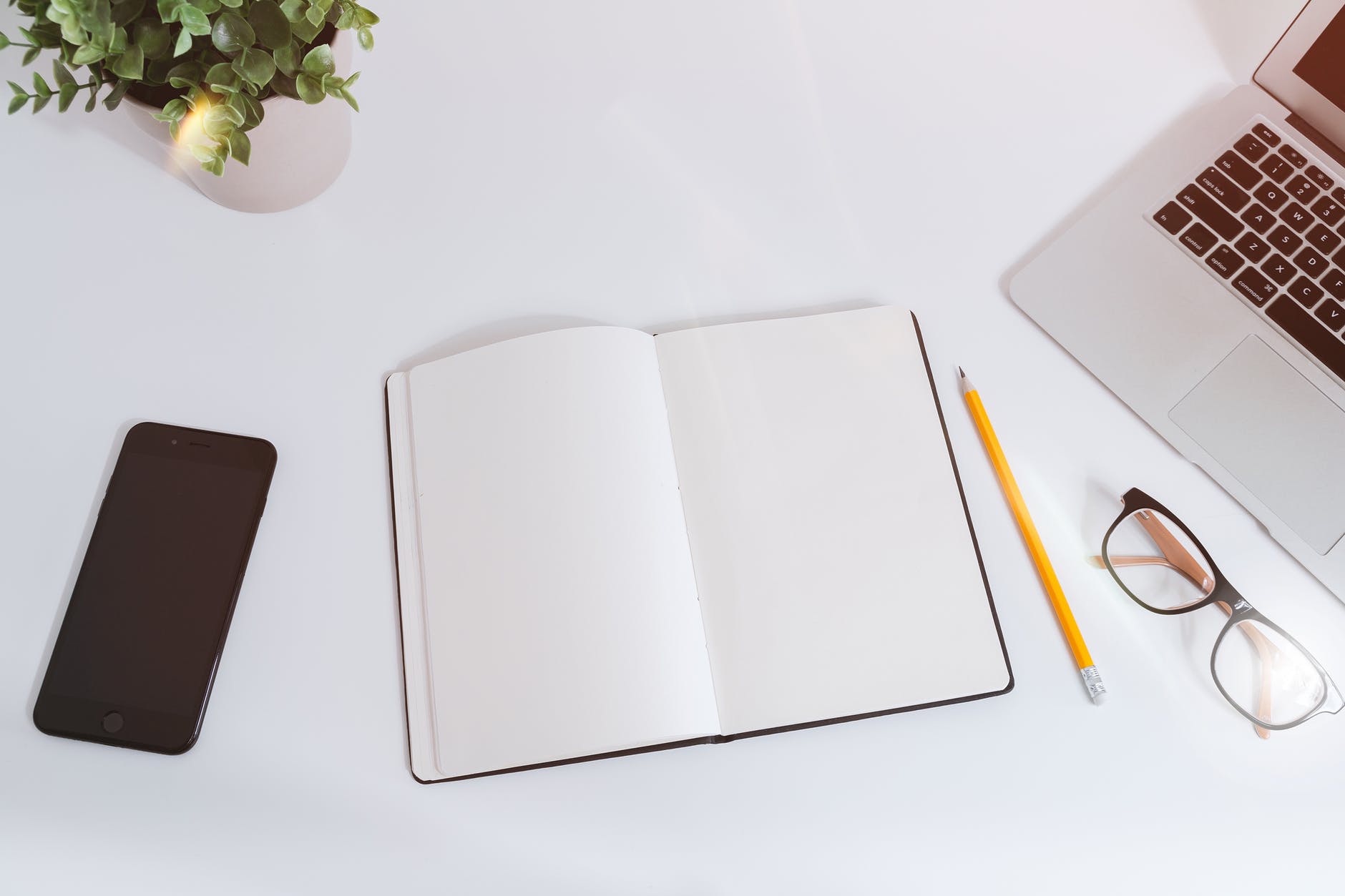 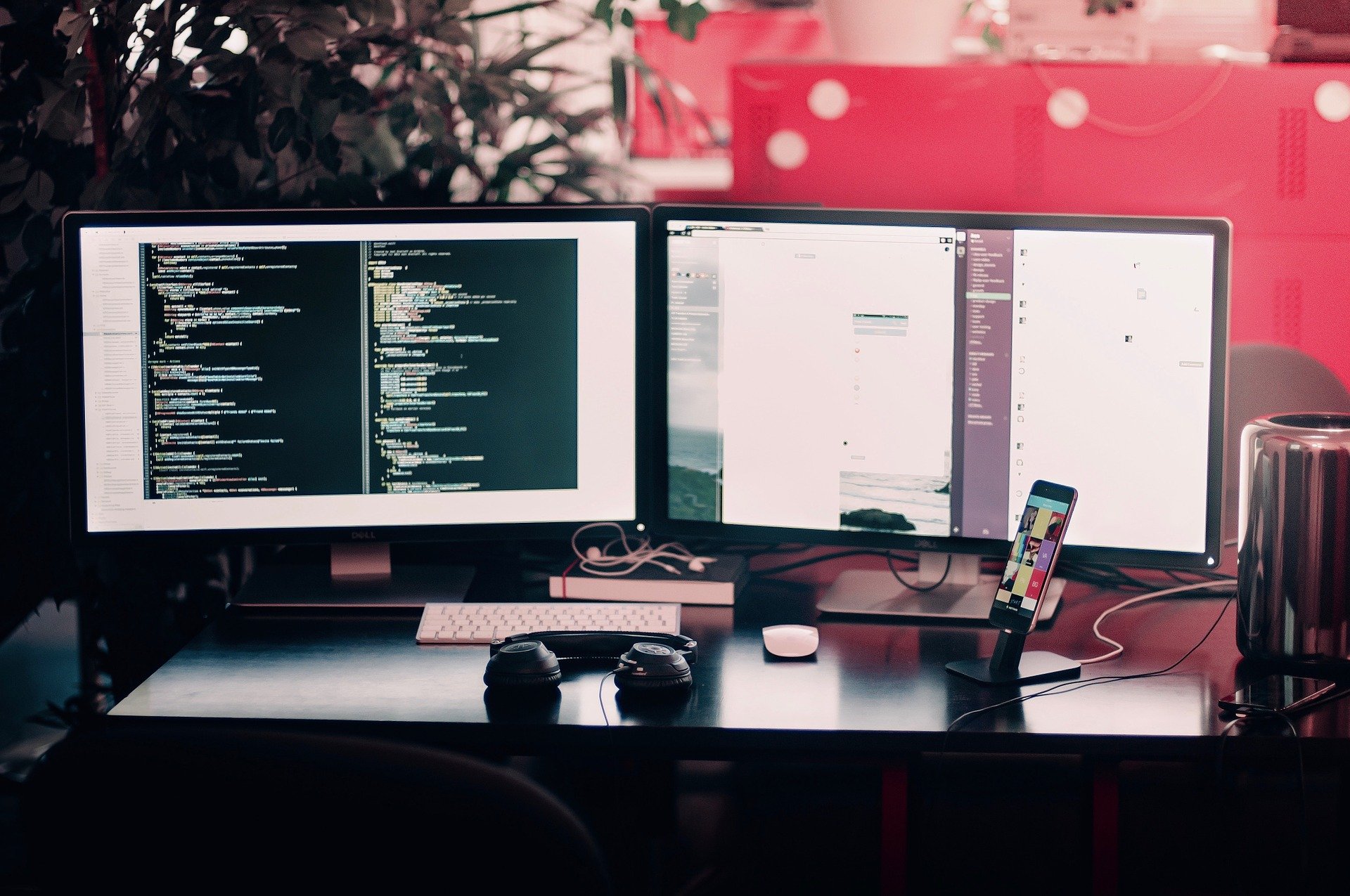 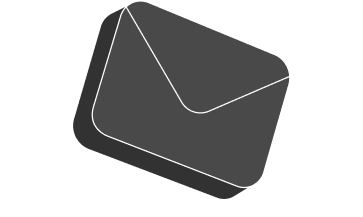